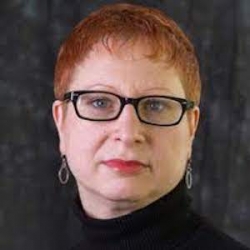 Theresa L. Geller is a lecturer in the School for Cinema and a Scholar-in-Residence with the Beatrice Bain Research Group housed in the Department of Gender and Women's Studies at UC Berkeley. Before relocating to the Bay Area, Dr. Geller served as Associate Professor of Film Theory and History at Grinnell College. In 2015-16, Dr. Geller was awarded a Mellon Research Fellowship at the Whitney Humanities Center at Yale University. Her research spans film and television studies, film philosophy, critical race theory, and feminist and queer theory.

“Is Film Theory Queer Theory? Or, Everything I Know About Queerness I Learned at the Movies.” Camera Obscura: Feminism, Culture, and Media Studies 84 (December 2013): 59-67.