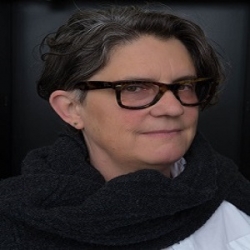 Tracy Ward began her Directing career as a young girl with numerous puppet and dog shows in her backyard in the SF Bay Area. She continued her studies in Acting at Woodside High School and at UCSB, where she then found her passion and changed her focus to Directing. She holds an M.F.A. from the UCLA School of Theatre, Film, and Television. A busy Freelance Director in the Bay Area, she focuses on New Work, most recently focusing nearly entirely on directing new work by women playwrights. She has taught Directing at UCLA, Santa Clara University, Foothill Conservatory, and the Academy of Art University, and SF State Cinema.