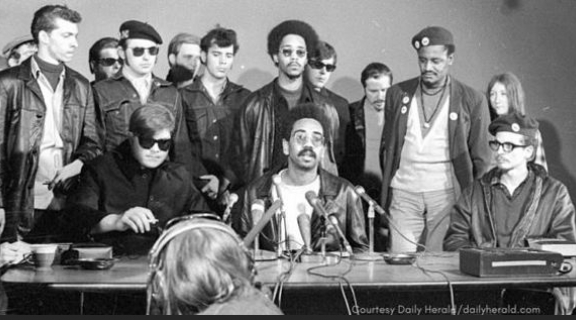 In 1969, the Chicago Black Panther Party began to form alliances across lines of race and ethnicity with other community-based movements in the city, including the Latino group the Young Lords Organization and the working-class young southern whites of the Young Patriots. These disparate groups banded together in one of the most segregated cities in postwar America to confront issues such as police brutality and substandard housing, calling themselves the Rainbow Coalition. The First Rainbow Coalition tells the movement’s story through rare archival footage and interviews with former coalition members in the present day.

This event was made possible by the Firelight Media Impact Fund