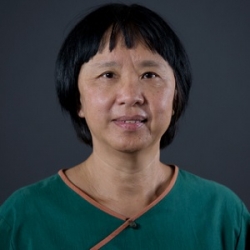 Professor Lau has published articles on pan-Chinese cinema in Wide Angle, Film Quarterly and Cinema Journal in the United States, and Breakthrough (a cultural magazine) and Ming Pao (a newspaper) in Hong Kong. Her articles have also been anthologized in Cinema and Desire: Feminist Marxism and Cultural Politics in the Work of Dai Jinhua, edited by Jing Wang, and The Cinema of Hong Kong: History, Arts, Identity, edited by David Dessler. Her book Multiple Modernities: Cinemas and Popular Media in Transcultural East Asia were published by Temple University Press in 2003. Some of her works have been translated into Chinese and German.