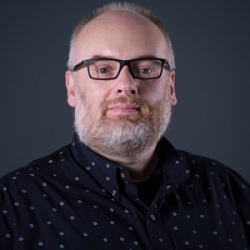 Professor Hoxter is a screenwriter, story consultant, and cinema studies scholar who has published widely on the history and practice of screenwriting and on the contemporary media industries. He is also the Screenwriting Coordinator for the School of Cinema. Professor Hoxter has taught screenwriting, film, media, and cultural studies in the US and UK for many years. A produced screenwriter and a documentary producer, Hoxter’s screenplays have also won and been finalists in many screenwriting competitions.