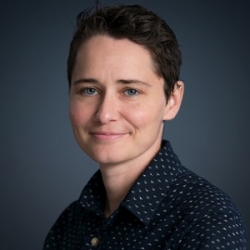 Green has taught at Stanford University, UC Berkeley, California College of the Arts and Art Institute of California, San Francisco. She earned her Master of Fine Arts from Stanford and Bachelor of Arts from Brown University.